Photographing a large group of people can be challenging. It’s important that if you have young children in the picture that you don’t have your shutter speed to slow. If your shutter speed was set at about 1/60 or 1/100 you may have movement and blur from the children if they move their head or arms around. I would set the shutter speed at 1/160 or faster. It’s also important that your aperture isn’t open too wide (the lower the number, the wider the aperture opening). So I set my aperture at F 4.5 for this image. I would say if you had your large group of people more spread out and on different depths of field, than you would want your aperture number to be higher, like between 7 and 11. I chose F4.5 and I was pretty comfortable with that. I needed some more light since they were backlit and I didn’t want too many dark shadows on their faces. Photographing large groups of people can be tricky, but it can also be really fun and really special and valuable to whomever you’re photographing… so definitely go for it! Learn and don’t shy away from it.

My settings for this image: 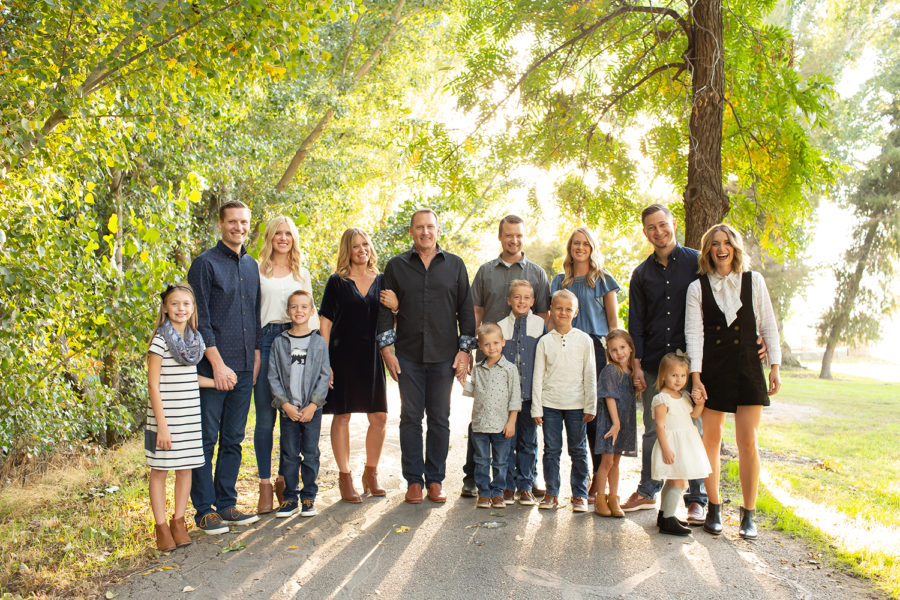 Posted in my manual settings