It’s almost Halloween. And…you may wonder (or not, but just in case)… how do you photograph jack-o-lanterns in the dark so that they look lit up? Well, here’s one way that I did it. You know, just in case it helps you.

I did not use a flash, because a flash just kind of kills it. I prefer the look of the warm candlelight coming through the jack-o-lantern face. I did however use a slow shutter speed (to allow lots of light to enter into my camera) and a high ISO (again for more light) and a wide aperture (bigger opening in my lens allowing more light). Each of these things allowed more light to enter my camera but my shutter speed was pretty slow which sometimes makes for a blurry picture. So I rested the camera body on the ground and just pressed the shutter… didn’t even pick up the camera, that way it was steady and could handle a slow shutter speed. Check it out. 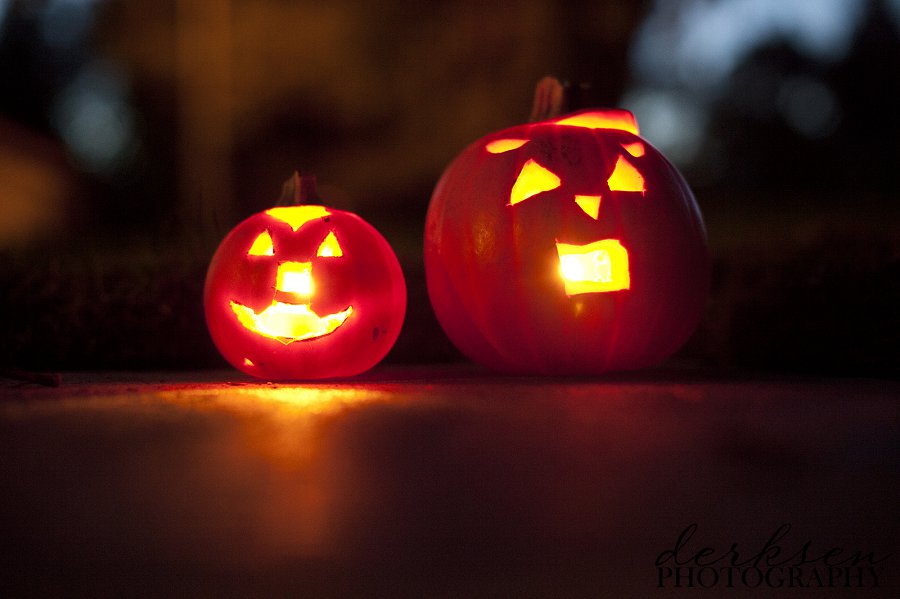 Happy halloween and FYI, these are tiny pumpkins. For some reason my boys wanted to carve the smallest pumpkins that they could get their hands on this year. Carving super small pumpkins…it’s a challenge for sure.  :)